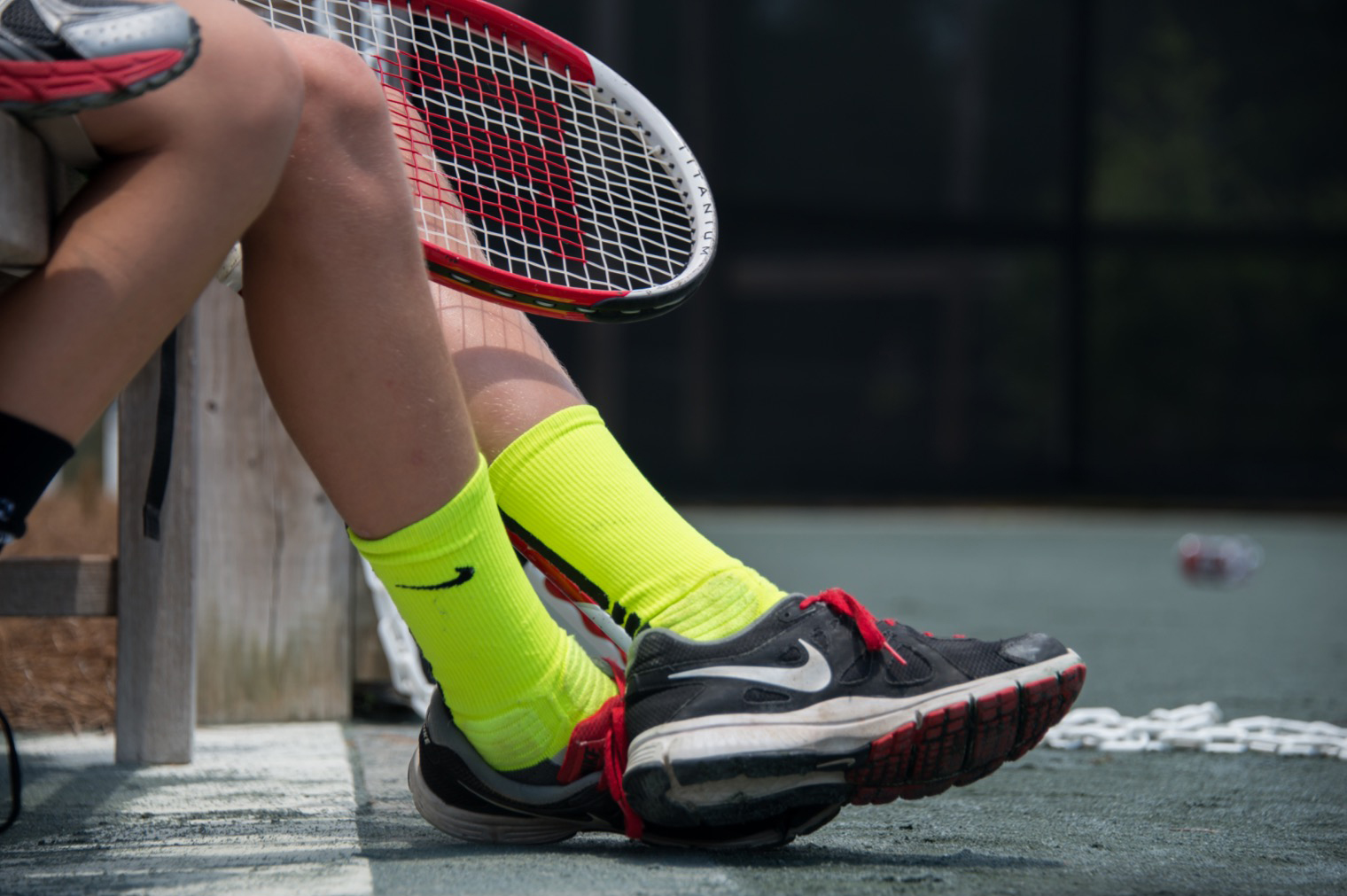 In his fifth year as the WaterSound® Club’s director of tennis, Barry Webb said he knows where he is supposed to be and is doing what he is meant to do. Webb, who previously oversaw tennis programs at country clubs in Alabama and Georgia, has more than 25 years of experience in the tennis industry and a lifelong passion for the sport. “I first picked up a racquet when I was around 5 years old,” Webb says. “That was the late ’70s, the era of John McEnroe, Jimmy Connors, Chris Evert and Tracy Austin, and tennis was really booming. My parents began playing mixed doubles with other couples and would basically give me a racquet and stick me at one of the end courts that had a backboard.”

Watersound Beach Club hosts weekly tennis clinics for “all ages, from eight to 80.” Webb is equipped to help players of all experience and skill levels up their game. The club also has a pickleball court for enthusiasts of the sport played with a solid paddle and a plastic ball resembling a Wiffle Ball.

“Pickleball is popular with the more mature players because your half of the court is maybe four or five steps one way and four or five steps the other,” Webb says. “And, from what I’ve seen, it’s much more social. You go out to play a tennis match and you’re locked in, focused, and hydrating with water. When I see people playing pickleball, they’re more likely to have a cooler of beer and a much more laid-back approach. It’s a crowd you may not see if we just offered tennis.” Webb anticipates that pickleball leagues may develop with the arrival this year of eight new pickleball courts, along with eight new tennis courts planned for the Club’s Camp Creek amenity expansion. “I’m excited for the expansion because we’ve definitely seen a burst in membership for our tennis programs,” says Webb. “It’s almost like when COVID took off and things shut down, people were looking for things to do and specifically things to do outside. That’s when I noticed the uptick in pickleball, too, so I’m ready for the extra space our new facilities will allow.”

The new courts will be made of Pro Clay, which differs from traditional Har-Tru clay in its sophisticated sub-structure.

“One of the biggest benefits of these new courts is going to be their drainage system,” Webb said. “If you live here, you know all about those little thunderboomers that roll in, rain for 15 minutes and then clear up. Golfers can take shelter in the pro shop and immediately get back on the course like nothing happened. Har-Tru courts, on the other hand, take about an hour-and-a-half to dry out. Pro Clay is supposed to dry in about 30 to 45 minutes, so it’s going to be a much faster turnaround.”

Webb said plans for the new courts include a “stadium court,” ideal for tournaments and exhibitions by current and former professional tour players. The addition of the pro shop will offer members new resources, gear and “solidify us as a hub for tennis and pickleball,” he says.

“We’re going to gauge participation,” says Webb. “We’re not planning on doing anything new at this time, but we may expand programs if we find, say, that the three clinics we do a week needs to be five, or if we need to add a new pro to accommodate more junior afterschool programs.”

Webb predicts that a centralized location will be convenient for everyone, and further his mission to build relationships both with and between club members.

“I can’t wait for what’s to come at Watersound Club because people are inevitably going to connect more with likeminded people who like to play tennis or pickleball,” he says. “Those relationships continue growing off the court; you start going to dinner with these people and, before you know it, you’re taking trips together.

“Seeing those relationships form, helping people improve and achieve success –  I enjoy it so much, it doesn’t feel like work to me.”